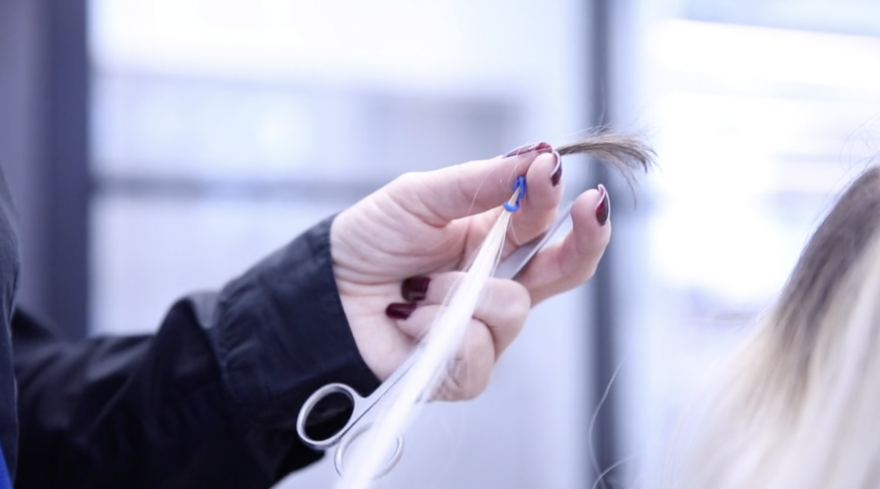 For testing alcohol in hair, there are two main markers of alcohol which are tested for; Ethylglucuronide (EtG) and Fatty Acid Ethyl Esters (FAEE) which includes, ethyl palmitate (EtPa). EtG and FAEE in the same way as EtPa are biomarkers for alcohol, meaning that they form in the presence of alcohol. This makes them good indicators for monitoring previous alcohol consumption behaviours.

Because of this, the segmentation of EtG on a month by month basis is not recommended. It is recommended by the Society of Hair Testing (SoHT) that EtG should be tested as an overview on 0-3cm (providing a 3 month history) and up to 0-6cm (providing up to 6 months of history) or in some cases, EtG can be segmented on a 3-month basis; 0-3cm and 3-6cm.

Fatty acid ethyl esters are a group of more than 20 substances including ethyl palmitate (EtPa) which are produced in response to the consumption of ethanol (alcohol). They are incorporated into the hair mainly through sebum steadily produced by the sebaceous glands attached to every hair root.

In addition, because of the chemical properties of FAEE and EtPa, there have been reports of the migration of these chemicals across the hair.  Therefore, areas of no alcohol consumption history would be coated with residual FAEE from the previous consumption of alcohol, which, if segmented, would suggest a false positive result for alcohol consumption.

Because of the above factors, it is not recommended for FAEE and EtPa in hair to be segmented on a month by month basis. Furthermore, unlike EtG, the SoHT does not recommend that FAEE is segmented on a 3 month basis either. For FAEE, the SoHT recommended to test an overview of 0-3cm (providing a 3-month history) or 0-6cm (providing a 6-month history) only. In addition, there is no current scientific literature to support the segmental analysis of FAEE.

The SoHT advised that “If hair sample lengths less than 3 cm are used, the results should be interpreted with extra caution.”

Due to the way FAEE including EtPa and EtG are absorbed into the hair, and based on scientific research including the recommendation of the Society of Hair Testing (SoHT) it is not recommended to segment hair to a month by month basis . This segmentation may lead to false findings, meaning thousands of clients may have been affected by an erroneous overestimation of alcohol consumption.