What Does a Non-Negative Drug Result Mean? 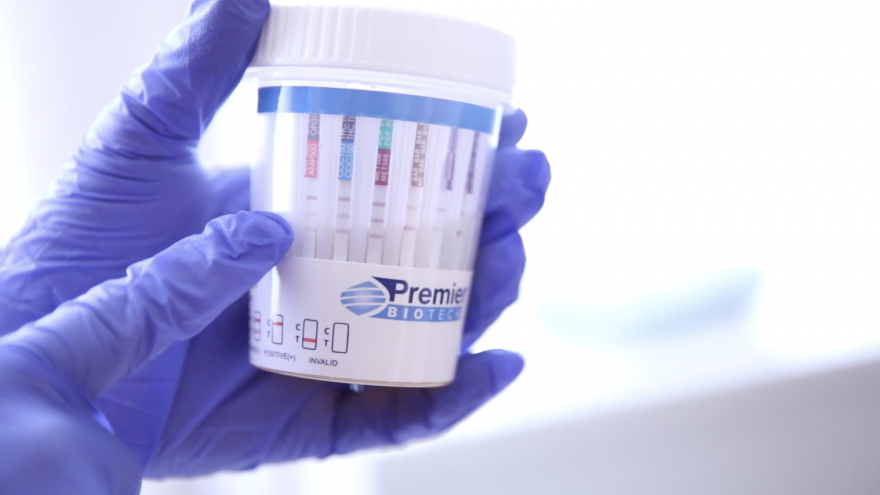 When this question is first approached, ‘non-negative’ would surely in logical terms mean ‘positive’, but in the world of workplace testing and drug policies, this is not the way things work.

Allow us to explain.

Is a non-negative result the same as a positive result?

A drug screening device is testing for the presence of illegal drugs, but it’s not as simple as a positive or negative answer, in fact, these devices are only able to indicate whether there is a trace amount of a substance that was picked up during the detection, but not how much. A trace amount of substance is seen as existing within the ‘margin of error’, and means that the drugs test will need to go through the second set of analysis at a laboratory.

It’s not immediate bad news if you’ve received a non-negative result. That result means that the oral swab or urine sample must be sent off to a lab for further analysis and confirmation, providing some hope for the test-taker to understand the substances and quantities that have been consumed. If the laboratory testing comes back and finds that the consumption of the substance (or substances) is below the limits set by the European Workplace Drug Testing Society, then the non-negative result will be converted into a negative result or will show a high consumption level above these limits.

To simplify, a non-negative result is a positive result that is awaiting laboratory confirmation.

Is a non-negative result going to affect your work?

Yes, because a non-negative is more or less treated initially as a positive result, any safety-critical job functions must be stopped immediately. Next, the recipient of a non-negative result must wait for the laboratory results of the confirmation testing process to get back. If issues relating to the job may arise during this waiting period, there are private testing companies who can provide same-day results, allowing for a reduction in the numbers of days taken off work or the amount of stress experienced.

What happens during the second testing phase?

The secondary testing phase is when the samples are sent to the laboratory for further analysis, which only happens with a non-negative result. In the case of negative test results, the initial drug test has shown that there are no metabolites, substances, or trace substances in the oral or urine sample, so there is no need for a further sample or analysis.

Lab testing takes much longer and is more expensive than the relative immediate and cost-effectiveness of an instant drug screen, so it’s not economic or time effective to send every sample for a detailed analysis.

Employers or authorities who require drug tests of their subjects will want to determine exactly why a non-negative result has occurred and collect some information for what drug was taken and in what quantity. During the second testing phase at the lab, the sample is analysed for the different chemical structures and molecular identifiers of the various illegal drugs. The process is known as liquid chromatography-tandem mass spectrometry (LC-MS/MS) and uses a scientific technique to identify the different ways in which drugs react in the sample, giving an accurate indication of what drug is present and in what quantity.

The European Workplace Drug Testing Society is responsible for setting the framework, guidelines and limits for drug testing. Those limits, sometimes referred to as ‘cut-off values’, represent the minimum concentration of a drug found in a sample to be deemed positive.

If an organisation requires workplace drug testing and confirmatory testing of their staff or members, then the organisation must also publish a drug and alcohol testing policy document for all of the participants to look at, or at least have access to. For the drug testing process to be carried out smoothly and professionally, communication and education should be performed accurately.

Employees must be aware of the immediate changes that will take place if they receive a non-negative result and this should be communicated prior to the testing. It’s common that a non-negative result will cause the suspension of professional duties while the test results are confirmed at the laboratory. Employees should also be made aware of things such as what a non-negative result means, how long confirmatory testing will take, what is expected of them in the meantime, whether they will be struck off work or given different tasks to do, how their pay might be influenced, and what will happen if the laboratory drug test results come back positive. Another consideration regards the privacy of the concerned individual, as their immediate termination or suspension will have a knock-on effect with colleagues.

Some organisations may choose to terminate a contract immediately upon receiving a positive drug result for one of their employees, whereas others will operate a three-strikes policy which is considerably more lenient - it depends on the management in place and the risks involved in the job. Some companies may base their decisions on the amount of a substance consumed and whether it could be deemed accidental or abusive. Other organisations will choose to educate, rehabilitate, and counsel their workers to help them avoid future substance abuse.

A non-negative drug result means three things, there has been some consumption of drugs, the results must go for further testing, and the employer must take pre-defined policy action against the individual.