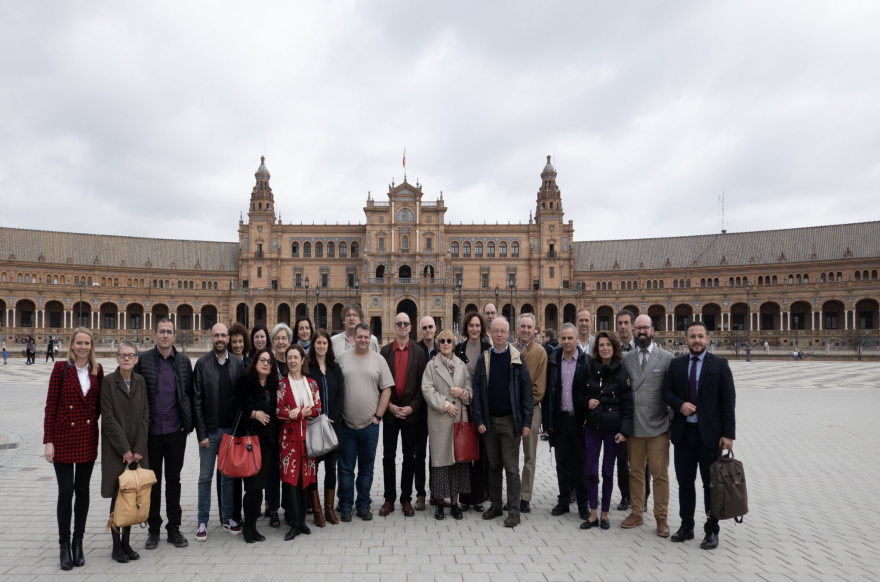 The Society of Hair Testing (SoHT) had a consensus meeting on the 7th and 8th February 2020 in Seville, Spain to discuss the current drug testing and interpretation guidelines. The SoHT has established new guidelines for the interpretation of drug of abuse results, as well as securing and confirming previous guidelines prior to this consensus.

Several points such as the cut off levels, sample preparation, interpretations were discussed to advise both the testing laboratories and the scientific community to help to provide a better toxicology reporting and therefore improved expert letters to the judicial system.

The analysis of the wash

Decontamination, the analysis of the last wash is recommended and to avoid the misinterpretation of false-positive results due to external contamination. To do so, the ratio of drug to metabolites is also to be investigated with the confidence that the metabolites were not generated during sample preparation. Additionally, the sample wash is advised to be tested started after the wash process otherwise the wash extracts and stability of drugs in the wash is to be validated with the most soluble (organic and/or aqueous) wash solvent that can solubilises and removes most of the external deposits with min extraction capabilities as a small quantity of the drugs believed to leach out during the washes.

In regards to testing procedures, it is important to investigate the extraction procedure and use methods that do not significantly compromise the analysis of the targeted drug. For example, some methods have a deleterious effect on drugs in question or in vitro hydrolysis of labile compounds such as heroin and cocaine in alkaline and acidic mediums.

The pulverisation of the hair is a factor to consider, for example, if cut very fine then the extraction recoveries are more efficient than a non-cut hair or not fine enough hair. The impacts of the extraction method and the recoveries must be evaluated with authentic hair.

Most common. Methanolic, acidic, alkaline, enzymatic digestion, cutting/segmentation methods to release analytes before the analysis is acceptable. For drugs or metabolites that are present at low concentrations, such as THC-COOH, pulverisation is recommended.

All positive screening immunoassay results must be confirmed and quantified by chromatographic methods hyphenated with mass spectrometry, targeting analyte applying international identification criteria (European food and drug Agency, EWDTS or SOFT). The confirmation method must include the precursor drug and metabolite where applicable. Screening and confirmation, the use of chromatographic techniques with tandem mass spectrometry and time of flight (TOF) capabilities have the advantage of being able to simultaneously screen and identify the wider range of analytes ins a single analysis.

The most controversial but agreed topic was the cut off levels. The final definition of cut off was established during the meeting by the experts and summaries to “The cut off is a value that enables to determine adult drug users”. Considering the low cut off levels, it is discussed that the immunological procedures for pretesting are not always useful. This was based on the gained experience over the past 10 years has been very good of the discussion committee. Moreover, the hypothesis of the active consumption of the drug was discussed and the presence of several metabolites was considered a must to definitively confirm the active consumption of the drug in question such as 6 MAM for heroin, THC-COOH for cannabis, Desmethyltramadol for tramadol, EDDP for methadone, BZE or Ncoc Or CE or hydroxycocaine ( meta or para hydroxycocaines) for cocaine, norketamine for ketamine,

The cut-offs are established by experts accordingly taking into consideration that the cut off level is applied to segments no longer than 3 cm. When applying on longer hair segments then dilution factor must be considered and lower cut-offs should be applied. It is important to note that, in certain cases such as children, criminal forensic, drug-facilitated crime (DFC) and one-off use, low concentrations below the cut off level can still be detected after a low intake of a drug. Therefore, lower cut off should be applied. New curt off levels were established, Oxycodone 200 pg/mg, Buprenorphine 10 pg/mg and Ketamine 200 pg/mg

As a conclusion, the MRPL (minimum required performance level) to be achieved by the lab. The metabolites cut off levels were abolished, it was left to the experts and testing laboratories to establish the cut-offs accordingly. Minimum required detection levels are different between drugs with the consideration of the requirements of each testing method depending on the purpose of the test.

It was clearly noted that the findings should not be used in isolation but in conjunction with evidence from other tests and/or clinical assessment and all relevant factors surrounding the case.

How does it affect you?