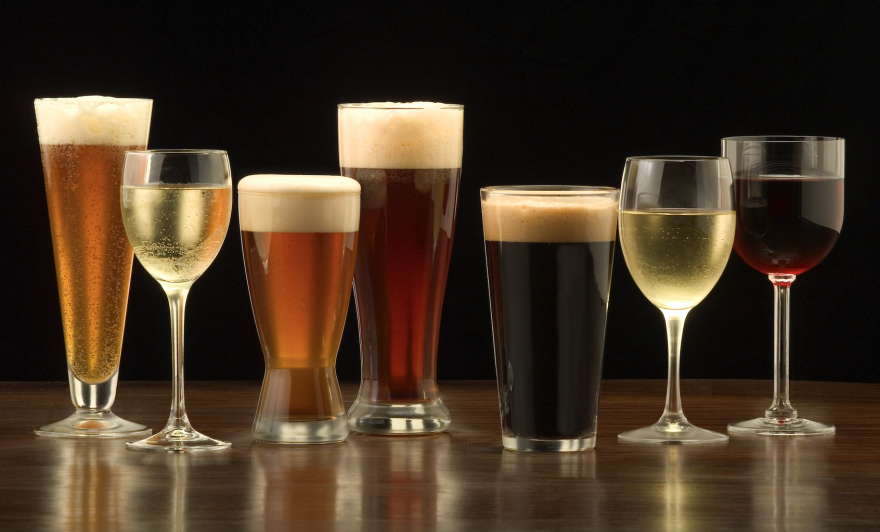 There are some difficulties when testing alcohol in blood to determine if alcohol had been abused. Due to these challenges in testing alcohol consumption behaviours across society, in the most recent decades, intensive research has been conducted to find reliable biomarkers that are efficient enough to discriminate chronic excessive drinking. Initially, the markers are divided into two categories direct and indirect alcohol biomarkers. Indirect biomarkers, which is a secondary biomarker, detect the effects of alcohol on organ systems by measuring the elevated levels of the body chemistry after alcohol consumption. The most commonly used indirect biomarkers are: mean corpuscular volume (MCV), aspartate aminotransferase (AST), alanine aminotransferase (ALT), gamma-glutamyltransferase (GGT) and carbohydrate-deficient transferrin (CDT).

With the indirect biomarkers, more than one factor (including alcohol) can lead to an elevation in the measured level in blood. Smoking and several Pharmaceutical drugs may increase (induce) the concentration of GGT in the blood. In addition, chronic disease or Vitamin B12/folate deficiencies can increase the mean corpuscular volume (MCV). CDT can also be affected by factors such as hormonal changes and other diseases and deficiencies [1].

Phosphatidylethanol (PEth) is a direct biomarker. The test is not a new method for monitoring alcohol consumption. There are a number of old and new studies that proved the superiority of PEth test over the other indirect blood alcohol markers. PEth exhibits high diagnostic sensitivity and specificity for detecting active chronic excessive drinking behaviours.

Phosphatidylethanol (PEth) is produced in the presence of low quantities of alcohol [1]. On average, PEth can be detected for nearly 28 days depending on the consumed amounts [2-5].

Previous experiments and tests were conducted using less sensitive HPLC methods. Recent drinking experiments, employed a more sensitive LC-MS/MS method for the quantification of PEth showed that the formation of PEth began immediately after the volunteers started drinking alcohol (1 hour), reaching a concentration of about 35–237 μg/L. The measured levels of PEth increased continuously over the next days and reached the maximum concentrations between days 3 and 6 [1, 6, 7, 8, 9].

The previously mentioned indirect biomarker are insensitive when tested separately and also incapable to determine abstinence. In 2016, DNA legal is one of the rare laboratories around the United Kingdom to develop a method that is capable of identifying abstinence amongst the tested individuals.

What is concluded from these studies, PEth detection period is up to 3-4 weeks. PEth is a direct biomarker that is capable to differentiate between teetotallers, social, chronic and excessive drinking behaviours [10, 11]. PEth values can be translated into an approximate level of alcohol consumption. PEth appears to be a more reliable measure of alcohol consumption than self-reports”.

Recent research in 2013 by Skipper G. E. et al, was clear on the advantage of PEth ability in combination with previous low positive EtG results to differentiate between innocent/extraneous exposure and drinking. The same research stated that blood PEth is only positive following significant alcohol use which makes it a good alcohol marker [12]. Another recent study supported Peth test being a reliable biomarker of alcohol consumption when LFT results are incapable to determine the alcohol consumption in individuals with damaged liver[13].

Other published studies in 2014 and 2015 presented the specificity of PEth as a direct biomarker and the ability to monitor social and excessive drinking habits [14]. The study by Walther L. et. al. also introduced the superiority of PEth over the other alcohol biomarkers by comparing the correlation of self-reported results of PEth and the other biomarkers. The author concluded that “At all consumption levels, PEth was superior to CDT owing to it’s substantially higher sensitivity and also due to it’s closer correlation to self-reported alcohol consumption”. The present studies demonstrate a good clinical efficiency “up to 99% sensitivity” of PEth for detecting alcohol drinking [8, 14,15,16].