Paternity Testing: What You Need To Know 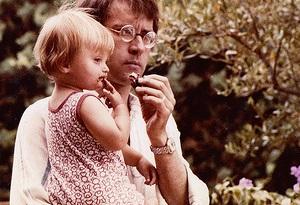 Aside from cases such as surrogate pregnancy, it's usually pretty obvious who the mother of a child is. However, this is not the same with the father and in cases of doubt, many families have to resort to DNA paternity testing for a definitive answer.

It is estimated that between 5% and 20% of children have the wrong man identified as their father. Whilst many people would argue that a man does not have to be a child's biological father to perform the role of 'dad', there are a number of circumstances, including legal, where a paternity test is required.

We consider what you need to know.

What is Paternity Testing?

Paternity testing is a scientific procedure used to identify the genetic relationship between a man and a child. It works using a mouth swab to quickly and painlessly collect a sample of DNA.

DNA paternity testing compares certain regions or markers (genes that code for specific characteristics) that tend to vary greatly between different people. Through this comparison, it can be determined how closely two people are related, by analysing how similar the two genetic codes are.

Why Would You Do It?

There are a number of reasons that people might choose to undergo paternity testing. They are often separated into personal and legal reasons.

Personal reasons occur when someone wants to get a paternity test to satisfy their own desire to know, rather than because they have been directed to by a court. Many families can successfully work out their own issues of paternity with a home paternity test, without having to get the law involved.

Personal motivations for getting a paternity test could include when a man is not fully satisfied that he is the biological father of a child, or when a woman has had a number of successive partners and therefore can't be sure who the father of her child is.

Paternity tests for legal reasons are often court-directed and are usually carried out in relation to custody and child support hearings.

Paternity tests are sometimes ordered in custody hearings when a father is trying to attain parental responsibility for a child, usually when the parents have failed to come to an agreement over who has responsibility for aspects of the child's life, such as where they live or go to school.

You can find out more about parental responsibility from our guide .

Another common legal use for paternity tests is in child support disagreements. This can enable the

The Child Support Agency and The Child Maintenance Service to resolve disputes about parentage, and if the person in denial is found to be the biological father, the service managing the case can work out what their payments should be.

Find out more about child maintenance at Direct Gov

What Would You Need To Consider?

The main thing to consider before you go ahead with a paternity test is what is best for the child, as well as the affect the results may have on family relationships. Particularly if a child is older, they may have developed a close attachment to the man they believe is their father, and a test result showing that they are not in fact biologically related could be hugely distressing.

You will also have to consider the issues surrounding consent for a paternity test if it has not been court-ordered. The individuals involved must give written consent for their sample to be taken and tested. If a child is under 16 someone with parental responsibility can give consent on their behalf.

What Are The Different Types Of Test?

A home test has not been ordered by a court and is used for personal reasons within a private dispute. The samples are collected by the individuals themselves in their home and the results will them be sent back to them.

Although home tests should be verified by a government accredited body, so that you can rely on their accuracy, there is no independent witness present and therefore the results cannot be used in a UK court.

A legal DNA test is usually court-ordered and is often used in situations such as support and custody hearings, as discussed above. The test will be sent to a registered Doctor or nurse who will collect the samples and check for valid photo ID, as well as asking for two passport photos. The practitioner will then securely send the samples to be tested, and the results can be used in a UK court.

The conclusion of a paternity test simply falls into one of two categories:

• The man cannot be excluded as the child’s biological father, and therefore is considered to be the father of the child as they share a paternity relationship

The results of a paternity test can be earth-shattering for those involved, and a great deal of consideration is needed before you decide to use one. However, in some circumstances it can be the only way to resolve private or legal disputes.

Is there anything else you'd like to know about paternity testing? Let us know in the comments.