On 13 June 2014, at a meeting in Bordeaux, France, the Society of Hair Testing passed a new consensus on the use of hair testing as a method of determining levels of alcohol consumption. The consensus is based on tests that took place from December 2013 to January 2014, with the participation of 31 different labs.

The consensus has ramifications for a variety of legal cases where an individual's consumption of or abstinence from alcohol might need to be proved such as child custody cases, reclamation of drivers' licenses, and clinical and forensic examinations.

The revised Alcohol Marker Consensus states hair testing can be used to indicate alcohol levels, but there are caveats and conditions pertaining to method and results, and the consensus report advises that hair testing should not be used in isolation. Whatever the test results, context matters.

What is alcohol hair testing?

In hair alcohol testing, a hair sample is taken and then measured for levels of ethanol metabolites (which are produced when alcohol is metabolised). According to the report, ethanol itself cannot be used to test alcohol levels, as it's too volatile and prone to contamination from external sources. Instead, two things are measured:

And in all cases its important that Hair testing is combined with Blood testing. Blood samples should be tested for specific markers including CDT, LFT & FBC or you can use the PEth blood test.

The hair Samples are either 3cm or 6cm sections of approximately 200 hairs per sample. The report states that the site of the sample is important—hair from the vertex region of the scalp (the crown of the head) is preferred. Body hair can be used but its different physiology has to be taken into account and concentrations interpreted with caution. Axillary (armpit) and pubic hair are not considered suitable for EtG testing.

A big difficulty for hair testing is that many cosmetic treatments can affect levels of EtG and FAEEs. This includes hair straightening, dyeing, bleaching and perming. Any hair products that contain ethanol, such as hairsprays or hair lotions, will also affect FAEE levels, though not EtG levels.

In other words, results are dependant upon several factors that may render them unreliable if not accounted for.

Lastly, testing is not always the same. Two different kinds of testing are required depending on whether the test is for abstinence or for excessive alcohol consumption.

Abstinence assessment is most important in relation to the likes of child custody cases and reissuing drivers' licenses. In short, an individual is tested to prove that they haven't consumed any alcohol over a specified period. 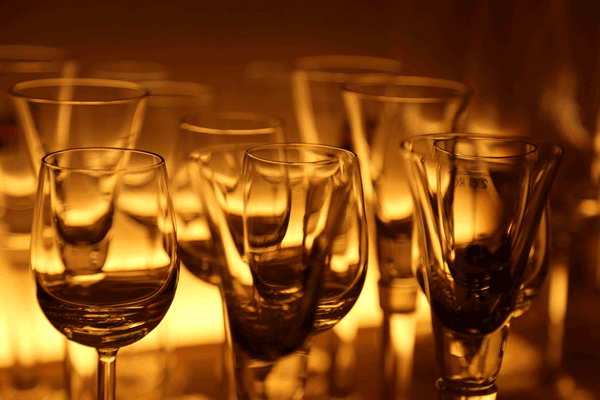 The report does note that 'occasional drinking events' might impact results—so a one-off night of heavy drinking  might give the impression of long-term use.

The assessment for excessive consumption of alcohol is useful in various clinical and forensic contexts.

Unlike the test for abstinence, the report recommends either or both EtG and FAEE testing. As many clients in UK court cases are looking to show a change in drinking patterns then the EtG test is the one that is most reliable since it can take 6-9 months for an FAEE test to show negative after an individual stops drinking.

Alcohol markers in hair – are these reliable tests?

All results should be interpreted by an expert who can combine case history with test result data —whether testing for abstinence or for chronic excessive consumption.

While combining EtG and FAEE testing can be used to corroborate results, depending on what's being tested for, even a 'strong' positive result seems to be suggestive rather than definitive, because there are so many variables (hair types, hair treatment, the impact of occasional drinking, etc).

In the words of the report, “It is not advisable to use the results of hair testing for alcohol markers in isolation; all relevant factors surrounding a case must be considered when providing expert interpretation and opinion.”

This is why blood testing is so important and must be used in combination with a hair alcohol test. Interpretation is the key, so make sure you have an expert review all the results data together.

DNA Legal has a track record in providing expert witness reports, so please contact us when in need of experienced drug or alcohol testing services.