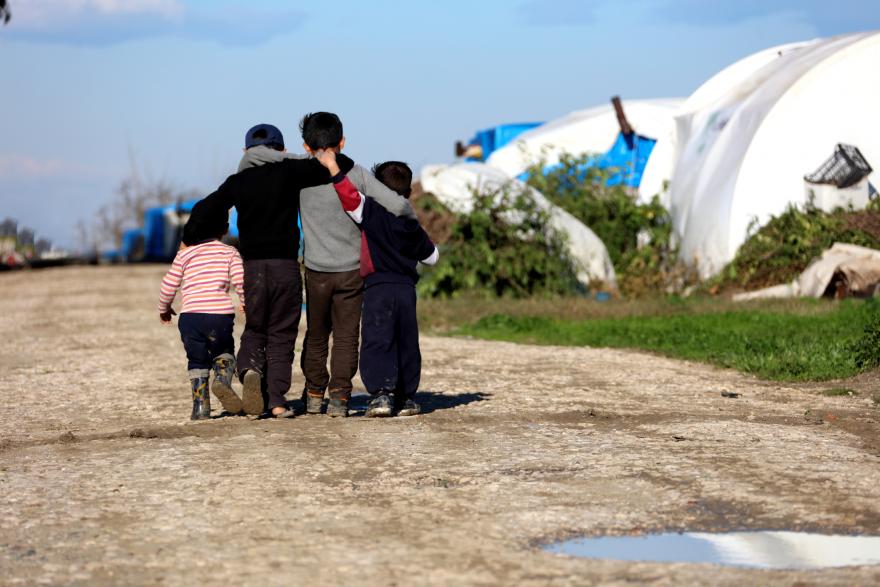 The uncertainty of Brexit and the impact it will have on the UK’s residents and businesses remains as uncertain today as it was a year ago. The UK media and the government's reports to the UK and the rest of the world’s populous continues to provide little clarity or reassurance as to what life will look like from the 1st of November 2019. So many questions remain unanswered from numerous sectors, and very little clear and considered transparency is provided by those parties holding responsibility for the people, that an air of apathy seems to have manifested within the general ranks.

One topical area that appears to be regularly reported by the media in a manner that is typically sensationalist, rather than informative, is the unknown impact and likely changes to the UK’s policies with regard to the admission of asylum seekers and refugees to the UK. The existing family reunification process has provided safety to vulnerable young people who have fallen victim to civil wars in their own countries and who have been forced to live a dangerous and uncertain life on the streets, which often forces them to seek refuge in the UK illegally whilst risking their lives travelling by dingy and lorry because the current legal process is taking too long. If family reunification to the UK is blocked or interrupted the number of young refugees making the decision to enter the UK via the more dangerous routes can only be expected to increase.

However, there is another side to every story and throughout the UK there are groups of people working tirelessly to support these young people and their families who find themselves in very unfortunate circumstances, and who are pursuing refuge or asylum in the UK in an effort to afford themselves and their families safer and more secure future – nothing more than we all wish for our own families! Working together with the same ultimate end goal, these groups comprise of charities, immigration solicitors and private individuals who relentlessly campaign, seek funding and provide their professional expertise to those individuals and families requiring assistance with their journey searching for safe passage and settlement in the UK.

The British Red Cross, Just Right Scotland, Rainbow Haven, the Greater Manchester Immigration Aid Unit, Refugee Legal Support and Safe Passage are a few organisations providing their expertise to those in need on a daily basis. They are working in an industry where the primary remit is to support and assist with the reunification of families seeking asylum, and to provide safe legal passage to refugees from war-torn nations. The fast-approaching Brexit deadline applies additional pressure to cases already in a volatile and unpredictable state of flux. The uncertainty and somewhat muddy waters with regards to the terms of the UK’s exit from the EU places additional burden on those completing and submitting existing applications, forcing them to be submitted at the earliest opportunity to provide security to as many families as possible seeking assistance with their immigration, asylum or refugee status in the UK.

How DNA can help

Imagine the trauma of your home being bombed, losing your entire family and having to sleep on the street where you are vulnerable to rape, theft and trafficking. For many of us, this is very difficult to imagine. Without the support and guidance of these groups as we approach the Brexit deadline, many families and children seeking asylum and reunification can and often do become homeless which leaves them in a vulnerable position, where exploitation is rife. Couple this forced estranged lifestyle, with the need to provide formal proof of identity, (which sometimes also requires scientific proof to confirm your relationship with your family using DNA testing) with a change in culture, language and fiscal freedom - you will then be in a position to understand a small portion of the struggles refugees and asylum seekers face in their search for a safe and secure sanctuary in the UK. The need for our Government and the EU to provide post Brexit policy clarification for refugee and asylum-seeking children and families has never been more critical.

DNA Legal would also like to offer their assistance with any cases which require Immigration DNA testing to confirm existing familial relationships as part of a client's case and application to remain in the UK. We understand the complicated and urgent nature of your cases, especially with the deadline of Brexit looming. In light of potential changes to the process after the deadline, we have increased laboratory resources to expand testing capacity for urgent cases – particularly those involving avuncular, grandparental, or cousin tests.

To request a quote, or to discuss an existing case, or if you have any queries at all – please feel free to call or email DNA Legal.